There reasons why Speedbag training has become an important training tool for boxers for many decades. Some of the skills that can be enhanced through Speedbag for Boxer Training Include : 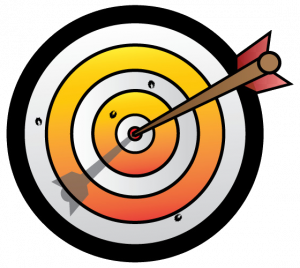 The primary goal for a boxer is usually  to be a better fighter – by being more competitive in the ring and winning more fights.

The typical training goals that a boxer might strive for through Speed Bag Training include :

Historically, even boxers have tended to use a “square” stance for speed bagging, however we would STRONGLY recommend use of the standard “fight” stance.

The square stance involves facing the bag straight on, with feet equidistant to the bag.  This stance arguably makes it easier to get consistent power and timing when striking the bag with either hand – however, it is NOT the stance you would be using in a fight… So why train in a way that you would not use in a bout?

The “fight” stance (with one foot ahead of the other) not only replicates the stance and movements you would actually use in a fight, it also provides a better opportunity to improve footwork, and train using more natural fight movements.

The ranges of punches used for boxer training have traditionally been relatively basic… They do not usually include a lot of the “fancy” strikes associated with Bible Style, and obviously don’t include back punches, kicks or elbows (which are illegal strikes in boxing).

The speedbag strikes primarily used in boxer training are :

Boxer Training tends not to be so focused on “rhythm” (that the speed bag is famous for)…  For a boxer, striking at the right moment is a lot more important than striking in a rhtymic pattern… learning when to delay a punch and when to strike early is fundamrental to good fight skills.

Boxer Training also typically includes more footwork and body movement workouts than other styles of speed bagging.  In a ring, your opponent rarely stands still… so your speedbag training should try to replicate this as you will need to be comfortable with moving (in, out, around the bag) and also dodging, weaving and twisting (important skills to avoid behing hit)  in the ring.

The page you requested could not be found. Try refining your search, or use the navigation above to locate the post.